Thousands of country music fans ran for cover as a gunman fired on them from a hotel on the Las Vegas Strip — a mass shooting that is now the deadliest in modern US history.

More than 50 people were killed Sunday night when the shooter fired hundreds of bullets into the crowd, police said.
Over 400 others were rushed to hospitals after the mass shooting and ensuing stampede at the outdoor Jason Aldean concert.
The gunman, 64-year-old Stephen Paddock, unleashed a hailstorm of bullets from the 32nd floor of the nearby Mandalay Bay hotel, Las Vegas Metropolitan Police Sheriff Joseph Lombardo said.
Inside his room, authorities found a cache of weapons, including 10 rifles, the sheriff said.
“We believe the individual killed himself prior to our entry,” Lombardo said. 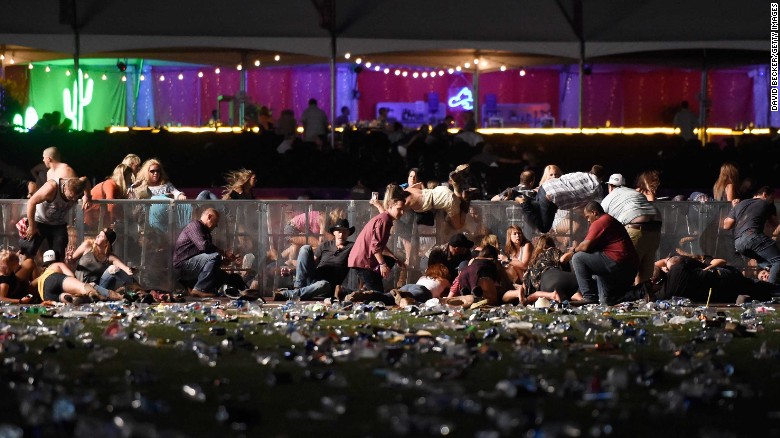